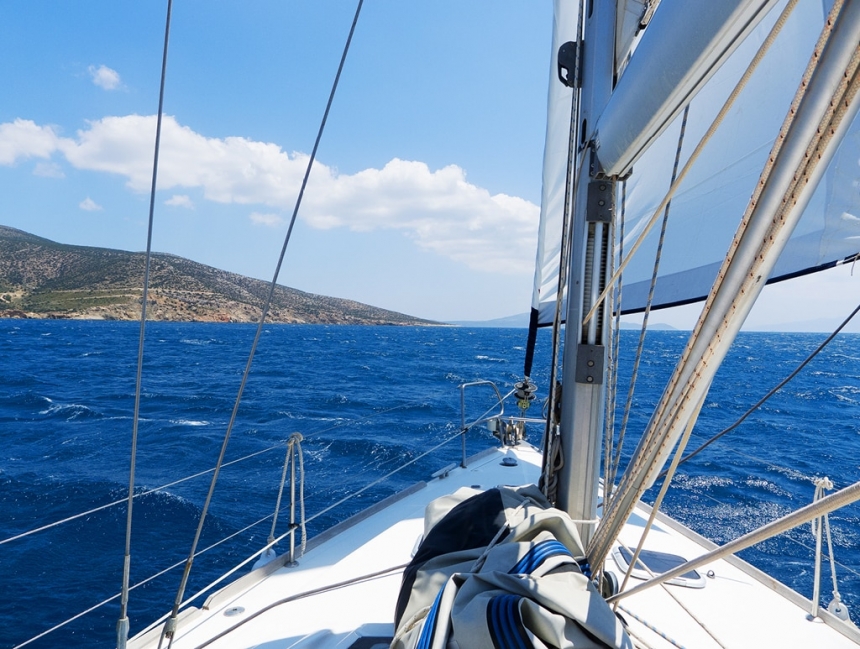 Sailing in Greece, The Cyclades Islands

There are around 220 islands in the Cyclades, including the well-known islands of Santorini with its famous blue domed churches and Mykonos for its party lifestyle.

There are two points in which to explore the Cyclades Islands from, Mykonos and Paros. We recommend starting in Paros as it's in the middle of the islands; an ideal starting point for a week or longer.

We would recommend this area of Greece, is a destination, for a keener sailor; with the meltimi blowing heavily during the summer season it's an exciting sailing ground for an experienced crew.

Without a doubt this is the windiest area in Greece to sail during the height of summer, July/August and also the beginning of September. This area is very open to the meltimi, which can blow a force 6 and above during the summer.

This area of Greece is fairly far south, so enjoys a really warm summer with temperatures reaching up to 33 degrees in July and August. At the beginning and end of the season, May and October, you will find yourself bathing in temperatures in the early 20's.

Suggested Sailing routes in the Cyclades for one or two week charter.

More in this category: « Sailing in Greece, the Dodecanese Sun Yachting Greece on Social Media »
back to top
Positive SSL