The Saronic Gulf islands are among the favorite resorts near Athens. Each has its own character and color. Aegina, Angistri, Poros, Spetses, Hydra and the Peloponnesian coast offer smooth sailing sheltered from strong winds. The Meltemi does not blow like in the Dodecanese or the Cyclades and usually its strength is about 4-5. In the Hydra Gulf and Argolic Gulf, the wind is mostly from the South East, blowing force 3-5 dying down at night.

According to legend, Aegina was named after the daughter of Asopos. She was kidnapped by Zeus who brought her to the then, uninhabited island. There, they bore a son named Aiakos, who later became king of the island. The archeological record shows the island to have been inhabited since the Neolithic period and is thought to be the birthplace of the poet, Aristophanis.
The works of Pausanios state that the temples of Aphrodite, Apollo, Artemis, Dionisos and Asklipios were located near the harbor. A pillar has been recovered from the temple of Apollo (Doric period - 6th century B.C.). It can be seen on the small picturesque hill named Kolonas. The most important archeological site is located on the east of the island near Agia Marina where the temple of Aphaia is to be found. Aphaia is an ancient goddess and protector of the island. 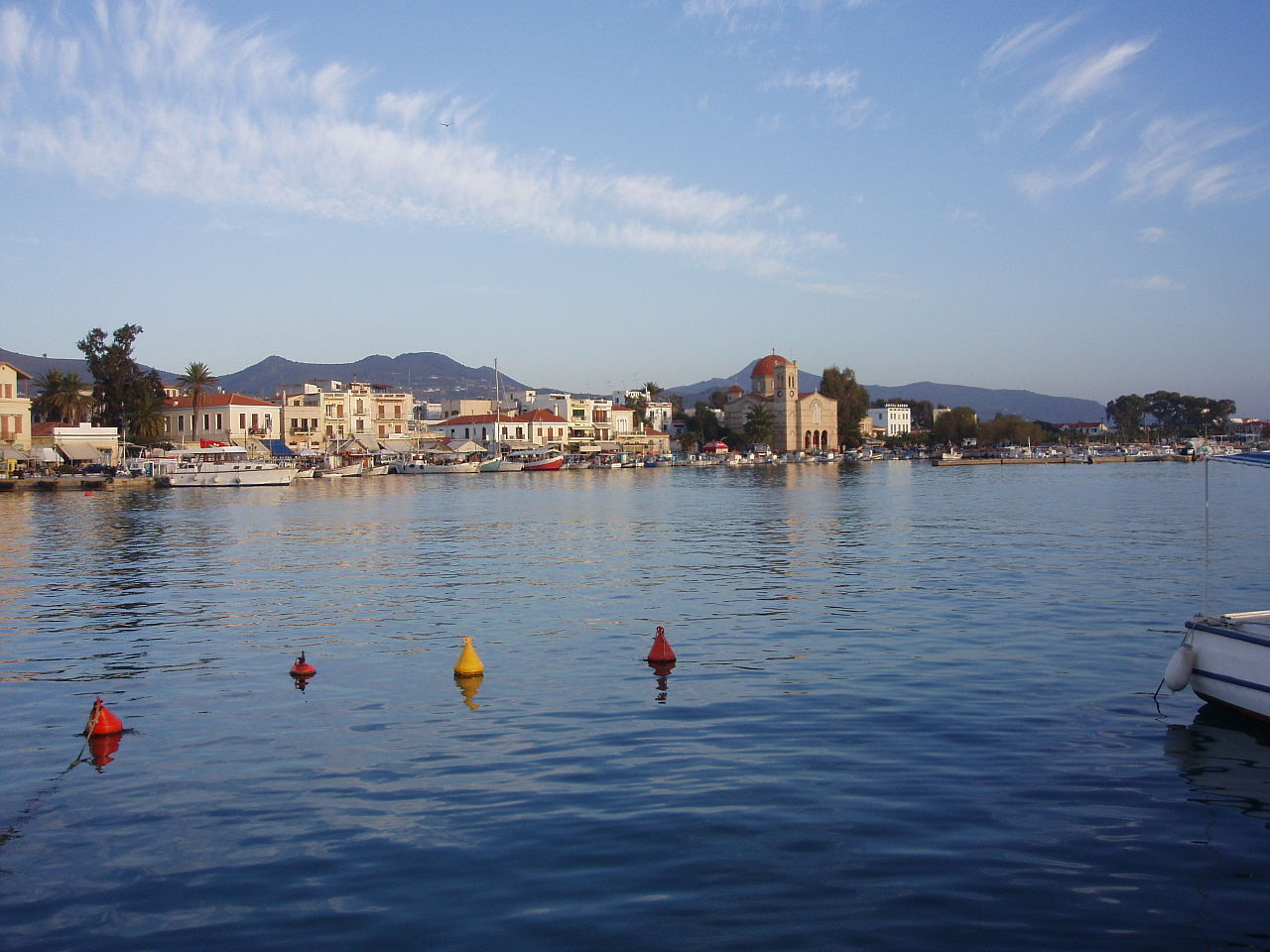 Poros is a volcanic island which was created from the joining of Kalavria and Sveria. It is located very close to Argolida in the Peloponnese, separated only by a very narrow channel. The ancient ruins of the Temple of Poseidon are to found 5 km from the main town, on the road to the monastery of Zoodochos Pighis. The temple was built in the 6th century B.C. According to legend, this is where Dimosthenis drank the "konio" poison and died.
The town of Poros is built in keeping with Greek island tradition with blue and white colors. On the road to Neorio there are numerous small inlets with sandy beaches and pine trees which almost reach the sea. Approaching the island from the sea provides an unforgettable view. On the other side of the town, small boats take visitors to Argolida, where there is a large lemon orchard.

Spetses is located at the entrance of the Argolikos bay. It was called “Pytiousa”, since it was covered with pine trees. Spetses is famous due to its unique architecture, varied landscape and the picturesque mansions. Most popular means of transport in Spetses are horse and cart or bicycle, since motor vehicles are not allowed. Most well known beaches of the island are Agioi Anargyri and Agia Paraskevi and the most famous sites are the church of Agia Marina and the mansion of Bouboulina (it is now turned into a museum). 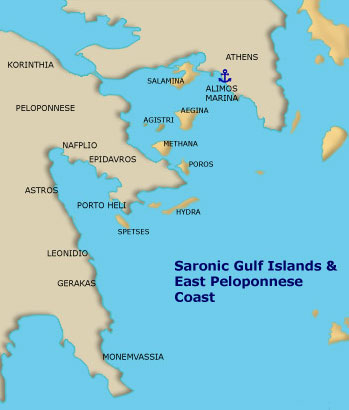 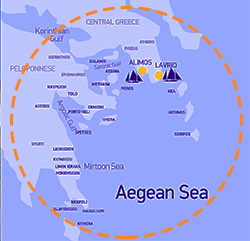 We offer several good 1-week cruises or itineraries in the Saronic Gulf. However, a 2-week itinerary opens up much more possibilities enabling you to see three times as much. For details, prices, and offers please see Saronic Gulf Sailing Itineraries.

More in this category: « Greece the pearl destination of Mediterranean Holidays Choosing a Bareboat Charter Greece Holiday »
back to top
Positive SSL