The Best Sailing Season in Greece 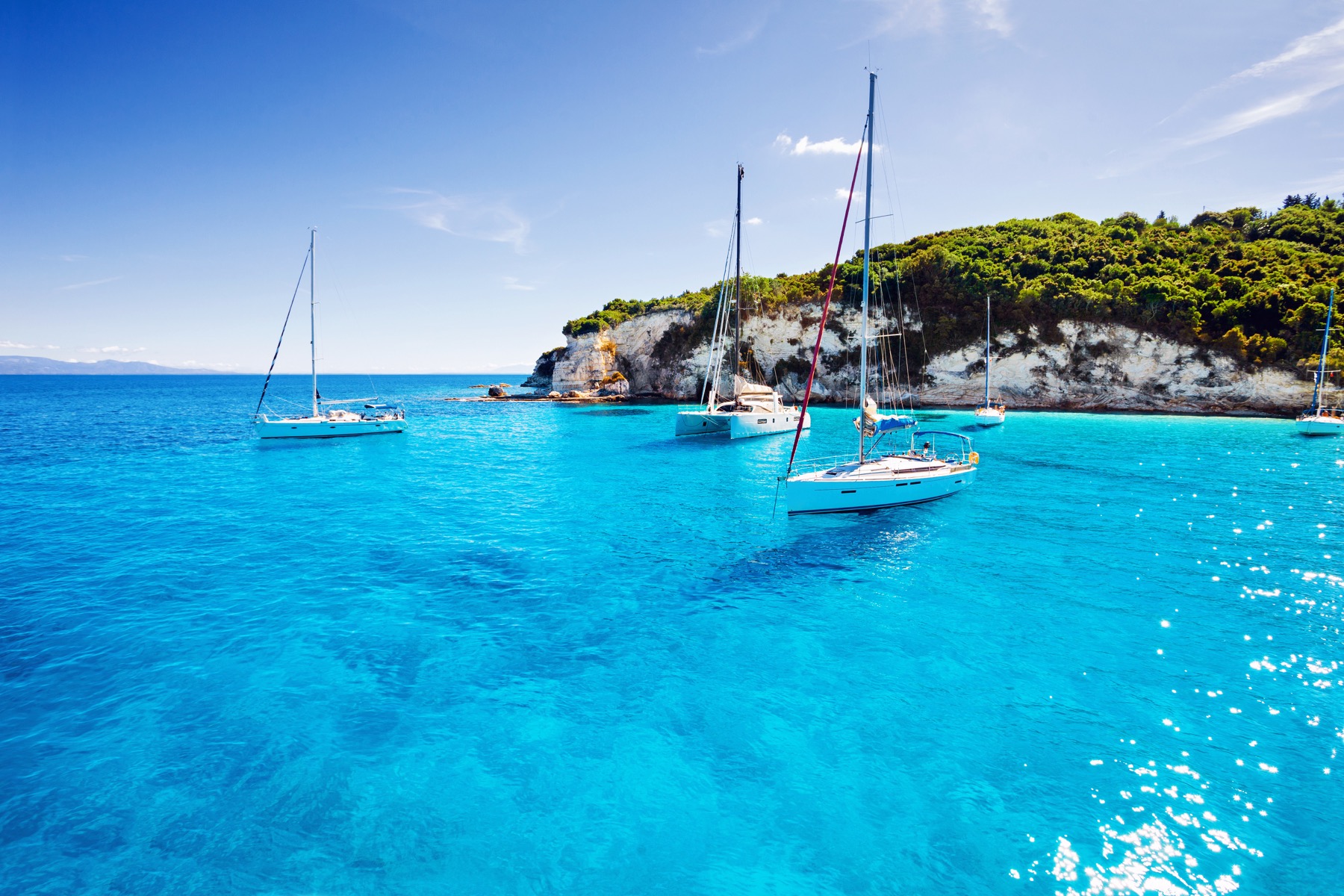 The sailing season starts mid-April and runs through to late October. The best deals are available outside the months of July and August which are the peak months.

The start of the sailing season is mid-April, the ideal swimming temperatures start early May, especially in the south-east Aegean. The reason to go outside the months of July and August is obvious - avoiding the high season makes it cheaper and you have fewer charter yachts to compete with at the ports. As far as facilities go, the tavernas and cafes are open and an even more relaxed atmosphere prevails. Moreover, on the Aegean side, in addition to better deals and fewer crowds, the sailing conditions are also more favorable here outside the peak months. A strong Meltemi wind can make sailing in Aegean waters difficult during the high season. Orthodox Easter is another highlight of the early season. It is the holiest week for the Greeks and practically every one attends a midnight mass to celebrate the resurrection after which the feasts begin. Expect fireworks, wine, and a lot of roasted lambs. Since many Greeks leave Athens for the islands and villages to celebrate, the atmosphere is particularly lively in the towns despite the fact the high season is still a couple of months away. Finally, both groups of islands in the Southern Aegean, the Cyclades (with Mykonos, Paros, Santorini, Amorgos, Folegandros plus many others ), and the Dodecanese (Rhodes, Kos, Symi, Tilos,  Patmos plus many others) are much greener before the peak months start. The normally stark landscapes of the hot summers are covered with colorful flowers during spring.

The peak months for yacht charters in Greece

The Ionian side (Corfu, Lefkas,  Zakynthos, Kefalonia) remains green during the high season as well as the islands of the Northern Aegean (Skiathos, Skopelos, Alonissos, etc.). But like the Cyclades and the Dodecanese, the Northern Aegean is more prone to the riskier sailing conditions which come with the peak season Aegean Meltemi. The Ionian side, however, is spared the occasional windy days and as a result, it is particularly busy with yacht charters at this time. It offers steady and relaxed conditions throughout the season. It is a good option if you don't want to chance it with windy days, and has beauty to match Aegean. The islands here have their own style with Neo-Classic villages and pine-covered coastlines. Some of Greece's most amazing beaches can be found here with incredibly bright turquoise waters. Despite this, the distinctive beauty of the barren landscapes in the Aegean continues to attract boats through during the peak months. The contrast of the translucent blue waters and the whitewashed villages make them a stunning place. It is best to allow for more time when sailing the Aegean in the peak months so that you can work around any days with strong winds. If they do occur simply spend time on the beaches with a fresh drink where you will welcome the breeze as the sun blares down.

The tail end of the Greek sailing season

In the tail end of the Greek sailing season (second half of Sept and Oct) the winds are still steady in the Ionian (Maestro wind) and best of all, there are no tough Meltemi winds anywhere in the Aegean, so weather is still perfect for yachting in Greece. The water temperatures all round tend to hover around a tropical 28-30 degrees. This can be an ideal time to find late deals and enjoy a sailing holiday before the winter blues start.