The Mediterranean Sea - The Craddle of Civilization

For more than 30 years the Mediterranean can be seen as the worldwide center of yachting activity. No other cruising destination in the world can offer waters sport enthusiasts a comparable variety of cultural and geographical assets together with moderate weather conditions.

Also known as the cradle of civilization, the Mediterranean shores have been inhabited since prehistoric times, which would make it today not only a wonderful place to visit but also the perfect history lesson. It’s located at the meeting place of three continents Europe, Asia and Africa and it’s connected with the Atlantic via the Gibraltar strait and with the Black Sea to the east via the Dardanelles strait.

The name comes from the Latin mediterraneus, which means “inland” or “in the middle of the earth”. It has a surface of 2.5 million square kilometers and an average depth of 1500 meters. Its position and its economic potential make it one of the busiest bodies of water on Earth, and that includes Yacht Charter activities. People come here for the lovely weather, the sandy beaches but also for the culture.

This is home to some of the most diverse forms of landscape, from the rocky islands of the central Mediterranean such as Sicily, Corsica or Malta, to the fringed, sandy beaches and coves of the Greek and Turkish littorals. You will also find here some of the most desirable stretches of beach in the world, such as the French Cote d’Azur or the Italian Riviera.

The reason the Mediterranean is so popular is due to its lack of significant tides, lots of anchoring places on the shore and the overall Yacht Charter tourist potential of the countries here (France, Italy, Spain, Greece, Turkey, Croatia). Most of the ports are historical centers with a rich culture, interesting cuisine and a vibrant nightlife, which makes them ideal for a Yacht Charter holiday.

The vegetation along the Mediterranean shores is as diverse as the countries it is found in. The main types of vegetation are woodland, savanna, shrub land and grassland, but it is not uncommon for these to appear in mosaic patterns, according to the climate conditions. Generally, the eastern part (the Adriatic) is characterized by woodland made up of pine trees and oak, the central part of the Mediterranean basin has a more of a shrub land aspect (the Italian west coast and the Italian and French islands) while the western part (the Balearics) enjoy a grassland type of vegetation. Regardless, all appeal to visitors equally.

The Mediterranean climate is well known to visitors who come here to relax throughout the year. It has hot, dry summers and cool, wet winters. Rainfall is generally concentrated around the cold season, which lasts from October to April each year. Of course, climate is also dependent on the local geography, which means that in some places conditions may vary.

Home to important civilizations such as the Romans, Greeks, Egyptians, Mesopotamians, Persians and Ottomans, the Mediterranean Sea has been playing an important economic, military and cultural role in the history of mankind since its early history. Greek and Roman colonization established many of the ports that still exist today, especially in the western and central part of the basin, while in the southern and eastern part the later Ottoman and Arab influences left their mark.

Today, the Mediterranean has not lost its economic and touristic appeal, accounting for almost 20% of the world’s maritime traffic, while also being a Yacht Charter tourist Mecca. The hoard of ports, harbors and marina scattered throughout the whole basin are a testament of that.

When you add the multitude of iconic places along its shores, the many ancient cultures that left a vast number of vestiges still visible today, the laidback culture and a very well-known and appreciated Mediterranean diet, you understand why so many Yacht Charter tourists choose to spend their holidays here. 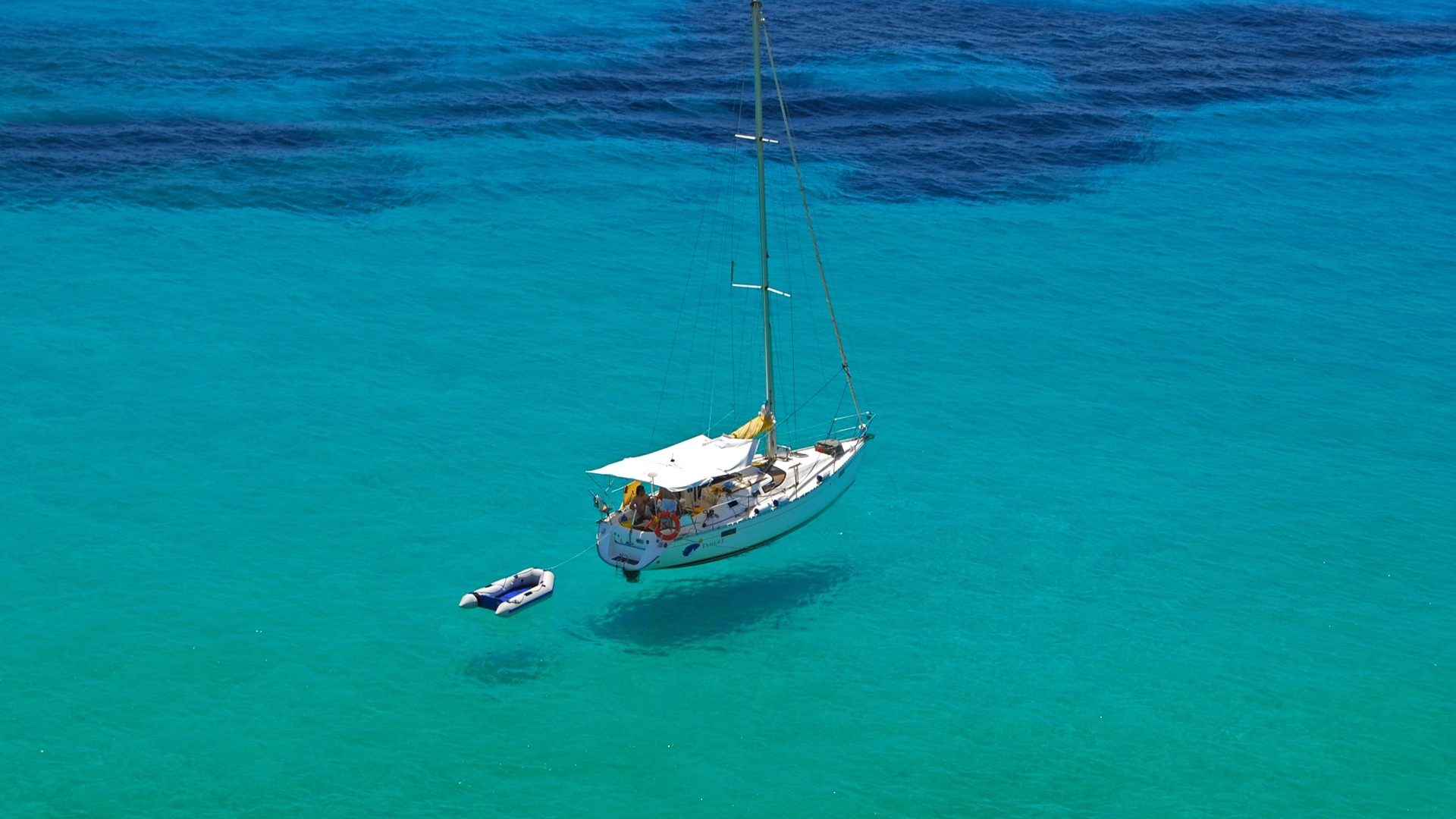 Another reason this particular sea is so popular is the virtual ease with which one can sail the waters. Almost no tidal flows in most regions, safe harboring and fair, predictable winds mean that even absolute sailing holiday beginners can venture out with the minimum training. Most ports are located in deep waters with little to no natural hazards.

The marinas in the Mediterranean are the best in the world, both in services and in equipment so you are never too far away from a good mooring place or a repair shop. The amazing thing is that even if it draws up annually a third of the world’s tourists, there are still places where you can take a Yacht Charter holiday and just lose yourself in solitude and tranquility. It will take in many trips here to discover its full potential and get a glimpse of all its facets.

Why Choose Sun Yachting Greece for you Sailing Holidays

Sun Yachting yacht charters offer the enjoyment and exclusivity of yacht ownership without its costs and responsibilities. From the moment you step aboard, the yacht is your yacht; the yacht’s crew is your crew.

Sun Yachting Greece will help you to create a world of your own aboard a luxury yacht, with gourmet dining, shore excursions, water sports and an itinerary planned according to your wishes.

More in this category: « Gouvia Marina Yacht Charter Sailing holidays in Greece for families »
back to top
Positive SSL